BOHEMIA’s lead social scientist Caroline Jones has 20 years of experience working in sub-Saharan Africa on the uptake and provision of health care with attention on malaria. She is currently working as a senior social scientist at the KEMRI-Wellcome Trust Research Programme in Kenya, as well as an associate professor at the Centre for Tropical Medicine and Global Health of the University of Oxford.

No, I wanted to be a Harrier jump-jet pilot but my eye sight is too poor and in adulthood I’ve developed a fear of heights – not the best combination for piloting an aircraft!

I wouldn’t say that I was ‘inspired’ by anyone or anything to work in malaria, I rather fell into it by chance. However, once involved I became ‘hooked’, primarily due to the influence of Professor David Bradley who, in the mid 1990’s, pulled together a team of people with very different backgrounds and experiences to develop a new way of looking at malaria. For example, at the start of my career as an anthropologist I spent eight years in Australia, during which I spent several years living with the Yolgnu, an Australian Aboriginal population from the Yirrkala peninsula in North East Arnhem land, learning about their day to day lives and undertaking a PhD that focused on exploring the structural and cultural influences on their diet and health. On my return to the UK, I worked in research on child nutrition and growth in the UK, and in research on end of life care. So, with no experience in malaria at all, in 1995 I applied for a job at the London School of Hygiene and Tropical Medicine, in the newly funded Malaria Research Programme. Working as part of a multidisciplinary team (epidemiologists, statisticians, geographers, clinicians, entomologists, health economists) all focused on the same issue but approaching it from very different angles was inspiring and educational. I guess that is what cemented my interest and shaped my career for the next 25 years!

What did you first think about using ivermectin for malaria control?

It’s an interesting new approach that has potential at a time when we are facing the very real challenges of insecticide resistance and outdoor transmission.

In this project, a key part of my role is to help ensure that the needs and rights of the local populations are recognised and that their views are respected. We aim to ensure that their voices are heard as we plan the MDA implementation, and that their experiences and views of the intervention are understood and incorporated into the evaluation of the effectiveness of the MDA. Whatever the efficacy of any new malaria control tool, its effectiveness will depend on its relevance and ease of use for the providers and recipients of the intervention. More broadly, social science research can help challenge assumptions about malaria, engaging with the sociotechnical and political character of malaria and the measures developed to control it.

How do you build trust with the communities involved in the project?

It takes long-term commitment on the part of research institutions to demonstrate that they are interested in the well-being of the local communities and not just in their own research agendas. Systems need to be established to elicit the views and concerns of community members, not just as one-off events but over years of engagement. Trust takes time to develop and requires a lot of listening – to earn trust you need to be willing to listen and not assume that your way is the right way. You need to be willing more to learn than to teach.

How has COVID-19 affected your work in the community? Are you developing any COVID-19 amendment activities?

Yes, we already have and there is a real ethical dilemma about conducting ethnographic fieldwork and a clinical trial under these conditions. We have had to radically alter our approach and the process in on-going.

What do you think is needed to overcome malaria, and how does BOHEMIA fit in?

Malaria is a symptom of inequity – wealthy people very rarely die of malaria.  Reducing inequity is the most effective way of protecting the vulnerable from malaria. However, the steps necessary to address these fundamental issues are unlikely to be attractive to international donors or national governments! What will be funded are effective new tools and technologies. The aim of BOHEMIA is to generate evidence of the effectiveness of ivermectin as a new malaria control tool to add to the box and as such, the results will provide the information necessary for WHO to make recommendations about its use and country level policy makers to make evidence-based decisions about its deployment. 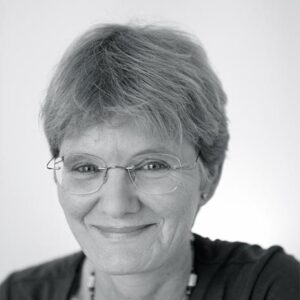