We interviewed Mwaka Kakolwa, BOHEMIA trial physician in Tanzania, who gave us her view on the BOHEMIA project.

Mwaka Kakolwa’s career in research started in 2010, when she joined the BOHEMIA partner Ifakara Health Institute in Tanzania as a study coordinator of a malaria-in-pregnancy clinical trial. In 2013, she joined a second trial which assessed the clinical safety of the dihydroartemisinin-piperaquine in the general population. A year after, in 2014, she was involved in the therapeutic and efficacy studies of antimalarials as a sub-PI. In 2016, she joined a Focal Screening and Treatment (FSAT) group (Entomology) as a supervisor of the clinical team, a study which aimed at reducing malaria transmission in the Coastal region of Tanzania. Her role in the BOHEMIA Project is to work as a trial physician and senior epidemiologist.

As a child I had a dream of becoming a doctor, and when I reached medical school I wanted to become a pediatrician. I didn’t plan to become a scientist until when I was offered a job as a trial doctor in a malaria project at Ifakara Health Institute (IHI). I thought that this would be a temporary job and that I would go back to clinical practice after finishing the project. Though I was aware of the outcomes of malaria in vulnerable groups like pregnant women and young children when I was studying medicine, I didn’t know the exact burden and how seriously malaria affects Sub-Saharan Africa. That project made me realize the magnitude of this problem, and it changed my career plan. After this project slowly I started to take part and actively become involved with a research career.

I was inspired by the MiPPAD (Malaria in Pregnancy Preventive with alternative Drug) project that intended to assess the efficacy and safety of preventing malaria using Mefloquine as an alternative drug to Sulphadoxine-pyrimethamine (SP) for intermittent preventive treatment of malaria in pregnant women. The project made me realize how malaria can be fatal in newborns and infants. It widened up my knowledge in epidemiology and understanding of the disease itself including pregnant women and other vulnerable groups. This project also inspired me to publish and linked me with other stakeholders and colleagues who work in malaria.

What did you first think about using Ivermectin for malaria control?

I was surprised at the beginning, but after reading articles on ivermectin trials, I realized this is a fact and we need to perform more studies to support the evidence base for the health outcomes.

Did you change your mind? What encouraged you to join the project?

Not at all, I knew that the dream I had to contribute in malaria control and elimination is becoming a reality because previously I applied several fellowships for malaria control without success. On my side, the opportunity to work with BOHEMIA was the beginning of a long-awaited journey to participate in projects that have impact or accelerate the fight against malaria and eventually elimination.

The vector control measures have shown a major impact on malaria control in the history of malaria. However, with the development of resistance to anti-malarial and insecticides, new and innovative vector control methods are needed. Ideally, the tools should also target a wide range of the population in order to interrupt transmission and accelerate the elimination of malaria. BOHEMIA fits in this context through ivermectin. This ‘wonder drug’ has shown the potential to supplement the effect of other vector control measures and eventually reduce the transmission. In addition, this drug may overcome the current challenges of the insecticides resistance as it is believed that there is a minimal possibility of developing resistance in the future.

What lessons from other projects you worked in can BOHEMIA benefit from?

Teamwork and hardworking are the pivot tools in a project. A good team needs to communicate well and listen to each other, focus on the project goals, and support each other. The hardworking environment is created when team members are motivated and respected. All these need good leadership and co-ordination.

BOHEMIA project will have a large clinical team. To co-ordinate this might be challenging if leadership and management skills are not carefully applied. The practical aspect as a leader from previous projects gave me experience and lessons in leadership and coordination. With good support from the rest of BOHEMIA members, I believe that I will be in a good position to share and demonstrate this experience to the clinical and field teams.

Do you think your country will see malaria elimination within your lifetime?

I believe this is possible only if we move along with the current global agenda. Internally (national level) we need teamwork and political willingness to support this, but this alone is not enough as we need external support. All this will help to accelerate the impact of the interventions towards elimination together with innovative tools and drugs for blocking transmission, and accelerating malaria elimination. 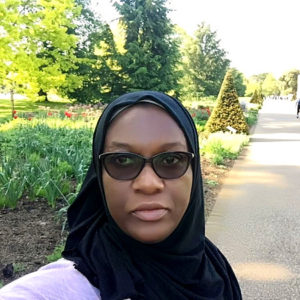