BOHEMIA Project Begins Fieldwork with “Mini-census” of the Population

After more than a year of planning, the project has launched first census activities, which will collect critical information in preparation for the trial.

BOHEMIA has launched a “mini-census” of the population of Mopeia (Mozambique) and Rufiji (Tanzania) in October and November, respectively. With this step, the project marks its first true contact with the participating communities. BOHEMIA is aimed at reducing malaria transmission, and its trial will evaluate whether the administration of ivermectin to humans and livestock works as a vector control method.

The mini-census involves collecting critical data from the people who will be participating in the initiative. More than 30,000 heads of household have been interviewed so for, and this figure is expected to reach 70,000.

Once the mini-census has been completed in early 2021, the researchers will begin the six-month process of taking a full census, in which participants’ demographic and health data will be collected. These data are necessary for the clinical trials that are slated to begin in 2022.

BOHEMIA is a consortium led by ISGlobal and funded by Unitaid. It includes two African institutions—the Manhiça Health Research Centre (CISM) in Mozambique and the Ifakara Health Institute (IFI) in Tanzania—as well as three academic partners: the University Hospital of Bern, the University of Oxford and Virginia Tech. 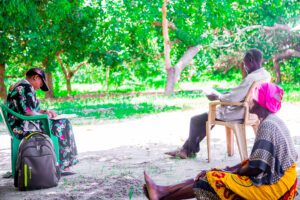