In June 2004, Charfudin Sacoor started working at the Manhiça Health Research Centre (CISM), a BOHEMIA Project partner. Since 2010 he has led its Department of Demography, where he coordinates the processes related to data capture, data entry, data cleaning and data analysis. He is currently working as a demographer at the BOHEMIA Project.

Well, when I was a child I wanted to be several things when I grew up, but it never crossed my mind to be a researcher. In fact, I think this was something that was not in the vocabulary of many children of my time and even less so in the vocabulary of adults. My interest in research came very late, when I was already at university. It was at university when I was studying for a degree in geography that I started to understand and have an interest in this area. I took my first steps and did my first work there. For example, I did my coursework dissertation in the city of Nacala in the north of Mozambique in 2003. It was about soil erosion, which concerned me greatly. Even today, erosion is a serious problem for the city where I was born.

I joined CISM in June 2014 and at that time the centre was going through a historic moment, as the clinical trial for the RTS,S malaria vaccine was taking place then. This trial was a hot topic at that time and was a great hope in the fight against malaria for the country and the world. So I started working with the main “malariologists” that the centre and the country had at the time and I ended up getting infected. I remember that one or two months after my arrival, the vaccine team, led by Dr Pedro Alonso, gave me the mission to include Taninga in the CISM demographic surveillance system in Manhiça district. Dr Pedro Alonso was undoubtedly the person who influenced my whole career.

What did you first think about using Ivermectin for malaria control?

The first time I heard about this idea was from Dr Carlos Chaccour. It was a bit surprising. Firstly, because I had never heard of this drug that could have these multiple benefits and then I came to understand where, how and why Dr Carlos Chaccour came up with this idea to control malaria by combining treatment of humans and animals. Since malaria is an age-old problem with several challenges involved in its eradication, several question marks immediately appeared to me. These led me to become well informed to better understand first the drug itself and then the ideas and the whole scientific concept around this study. Today, with the help of my team, I am making my contribution to its implementation.

“Dr Pedro Alonso was undoubtedly the person who influenced my whole career.”

The Bohemia Project is being implemented in a rural area where the demographic dynamics are enormous. For example, I am talking about events such as births, deaths and migrations in addition to other socioeconomic dynamics, health, housing, etc. Therefore, in order to prepare and organise all the logistics and the entire intervention component of the study, it is crucial to have reliable sociodemographic data. In addition to this element, given the specificity of the work, it was imperative to have a platform allowing us to identify people according to their characteristics, gender, age, geographical location and other important co-factors, as well as to have data on the animal population that is useful for the implementation of the study and interpretation of the results. Therefore, our role as demographers is to generate all of the sociodemographic baseline information to enable the study to be carried out and also to help determine the work’s impact.

What is a normal day in your work like?

My normal working day does not have a linear routine. I do a range of activities from administrative and management meetings, technical meetings, monitoring and supervising my staff’s activities to fieldwork, data manipulation, training sessions, reading and writing documents such as specific procedures for the studies I am involved in, protocols and articles. I have also worked with students and reviewed protocols as a member of the CISM Scientific Committee, among other things. My department involves large teams of fieldworkers, which means a lot of work and challenges. We have activities in Manhiça and in the provinces and due to this there is a huge need to manage various logistical, administrative and technical matters. There is also a lot of interaction with external partners in different time zones whom you have to interact with.

What are the obstacles you face when collecting and manipulating data?

Collecting data in our context is not an easy process. There are several challenges we face in this process, which can be linked, on the one hand, to those who collect the data but also to those who provide us with the data, the participants in this case. For those of us who collect the data, especially in this digital age, we have challenges linked to the internet, access to electricity to charge our equipment, the process of administering informed consent in remote communities where many people cannot read and write, the access roads to reach the communities, and political frictions in the communities that condition acceptability in some ways, among others. On the participant’s side, it is necessary to deal with the concept of research, which is still a taboo for them, to deal with anxiety and the expectation of having an immediate benefit or solution to the health problems they face.

“It is necessary to continue to seek financial resources to help the poorest countries with deficient health systems.”

Since 2010, you have led the Department of Demography at Manhiça Health Research Centre. Data collection and analysis has changed significantly over these 10 years. Could you describe any improvements for your day-to-day work?

The Demography Department had been using a paper-based data collection system since 1996 and when I took over responsibility for the department, my main challenge was to change this paradigm. The use of paper involved typing costs. I am talking about people, computers, room for typing. There was also the challenge of performing paper management. At the time, the Demography Department had about 1 million paper questionnaires filled in and this required storage space and conservation. It was thus necessary to migrate to digital. We started with PDAs and later migrated to tablets. This change brought improvements in the data collection process, which became faster, less limited in terms of human resources, and also allowed us to increase the volume and quality of the information we collected. This process practically culminated with our concept of paper-free data collection in the field at the centre. However, new challenges inherent to digital data collection are emerging and we have to be aware of them and look for solutions to overcome them. Technology is not static and this forces us to reinvent ourselves every day.

This is a very interesting question, because today humanity has more information and tools to fight malaria but the gains in this fight still create geographical asymmetries. It is necessary to continue to seek financial resources to help the poorest countries with deficient health systems. It is necessary to train people in this area and educate the population. Allocating all the preventive measures that are found to be effective for each context, with appropriate means of diagnosis and treatment. Now, in relation to the Bohemia project, I think it is an interesting approach that will complement the commonly-used prevention tools, which are mosquito nets and indoor spraying, acting on the mosquitoes that escape this prevention barrier, acting on humans and animals. While there are no vaccines available, these measures will continue to be our hope, but without ever sitting on our hands, because measures that are effective today may not be effective tomorrow. 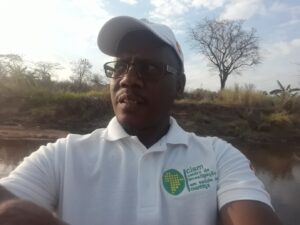